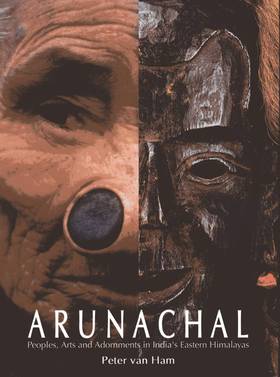 Arunachal Pradesh, the easternmost state of India, which was created from the Assamese mountain ranges, is unlike any other place in the world due to its ethnic variety and stunning and varied natural scenery. Rainforests that have not yet been explored, over a hundred different indigenous tribes, and farmers whose culture and way of life have been greatly affected by Buddhism, both from Tibet and Burma, are all present. Polygamy, the family and its role in tribal society, honor, conflict and animal sacrifice, and head hunting are just a few of the antiquated customs that have persisted here. As the initial book to study this topic The book Arunachal: Peoples, Arts and Adornment in India's Eastern Himalayas is the result of ten years of travel and meticulous documentation of the people, geography, history, society, and culture. Beautifully illuminated by superb photography, it tells the amazing story of an ancient and magical part of India that, until now, has remained largely hidden from the outside world.