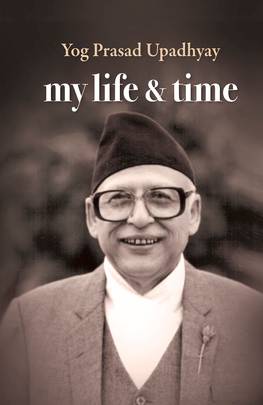 Mr. Yog Prasad Upadhyay a retired politician and diplomat, joined politics through Akhil Bharatiya Nepali Rastriya Congress (1946) which later became Nepali Congress. He was a member of the Central Executive Committee of Nepali Congress in exile (1961-1977) and also actively involved in party politics as a member, assistant General Secretary and Spokesperson of the Nepali Congress Party (1977-1991).

Mr. Upadhyay is also known as one of the administrative architects of the post-Rana Government in Nepal. He served as a Deputy Secretary in different departments (1950-1959) and as a Secretary in the Ministry of Communications, Works (Roads and Buildings), Power, Irrigation, Aviation and Tourism (1959-1961).

After the restoration of democracy in 1990, Mr. Upadhyay became the Minister for Home Affairs and Communications and contributed to drafting the constitution and holding the first parliamentary elections under the new constitution-1990. He became a Member of the Parliament (Upper House) 1999-2001 and Minister for Education in 1999. He served as an Ambassador to the U.S.A., Canada, Mexico, and Panama (1991-1993). He was one of the first Fulbright Scholars from Nepal (1952-53).