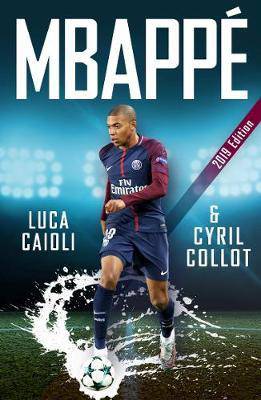 Kylian Mbappé's meteoric rise to footballing stardom has been one of the major talking points of recent seasons.

Having only made his professional debut for Monaco in 2015, aged just sixteen, by summer 2017 he had already seen a £200m price tag placed on his head - one that Paris Saint-Germain were eager to meet.

In his brief career to date he has broken records at a rate matched only by the likes of Lionel Messi and Cristiano Ronaldo, with many pundits tipping him to rival their legendary legacies in the years to come.

In this first biography of the France and PSG star, Luca Caioli and Cyril Collot examine the story behind the game’s latest superstar. Features exclusive interviews.