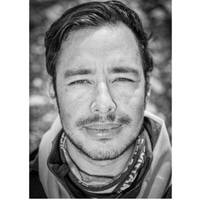 Nirmal "Nims" Purja  is a Nepalese mountaineer and former Gurkha and soldier of the Special Boat Service (SBS), an elite special forces unit of the United Kingdom's Royal Navy. He climbed all 14 of the world's peaks that are above 8,000-meters (called the eight-thousanders), in the record time of 6 months and 6 days and using bottled oxygen, beating the previous record of just under 8 years.